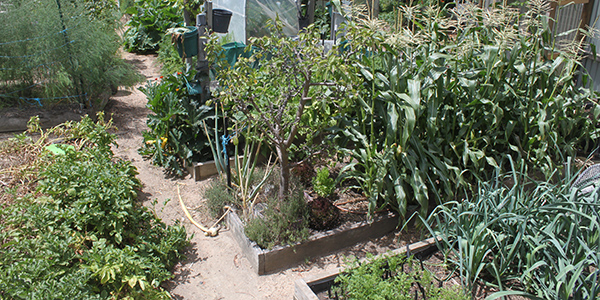 Summer in Ballarat this year was both warmer and dryer than usual.  The average maximum temperature was 1.3 degrees above the long-term average while the average minimum was 1.4 above.  Although all the months were above average January was by far the hottest, coming in at 2.6 above (maximum) and a very high 3.9 above (minimum).  Surprisingly, for such high average temperatures, there were no heat waves, just consistently warm weather throughout the summer.

Rainfall this summer was 70% of the long-term average.  But it felt dryer than that as virtually all the rain fell over two days in January.  Almost no rain fell during the entire month of February, making it the second driest February in Ballarat on record.

Overall, this summer’s vegetable season was a good one, though many of the vegetable crops were late, probably due to the colder and wetter than average spring weather.  Some specifics: –

A good season for apples, average for pears and poor again for peaches and apricots.

After losing my three remaining hens to foxes in the spring I bought five new Hyline pullets.  They began to lay in the second half of February.  All doing well. 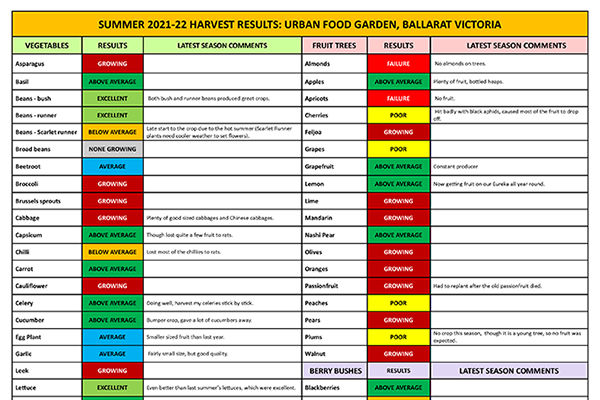 Harvest results chart of what was produced in my food garden this Spring and how well it went.  Click HERE to see a .PDF of this chart.  Note that this is probably too specific to interest most gardeners, I produce it primarily as a record for myself.

TOP: Damage done to a capsicum, probably caused by rats.  BOTTOM:  Californian Wonder capsicum that the rats didn’t get to. 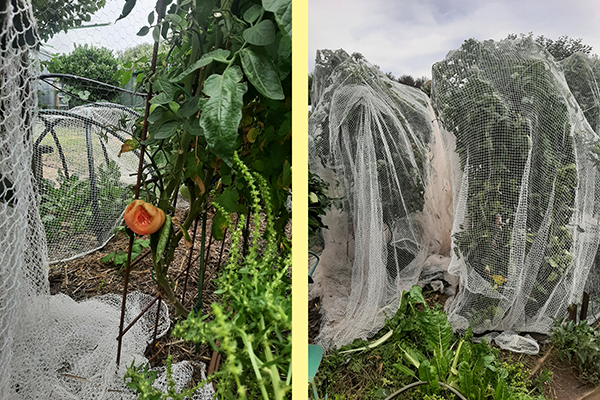 LEFT: Damaged tomato, caused by blackbirds.  RIGHT:  Eventually, due to loosing too many tomatoes to blackbirds, I had to net my tomato plants.  I haven’t had to do this for several years. 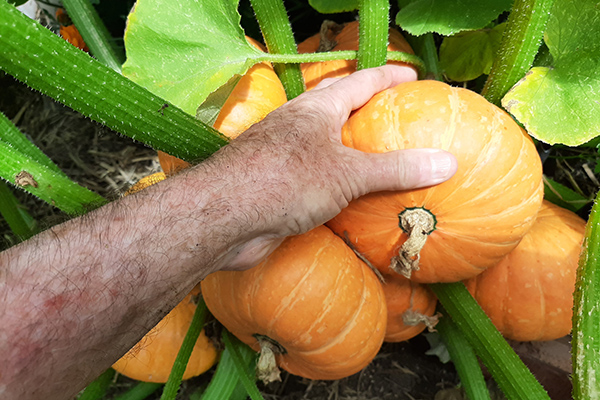 My best Golden Nugget winter squash crop ever, the fruit were both large and plentiful.  Golden Nugget Squash is a great vegetable to grow as the first of the fruit are usually ready to harvest by mid-January, much early than any pumpkin variety.  It also stores extremely well, usually lasting until the end of November. 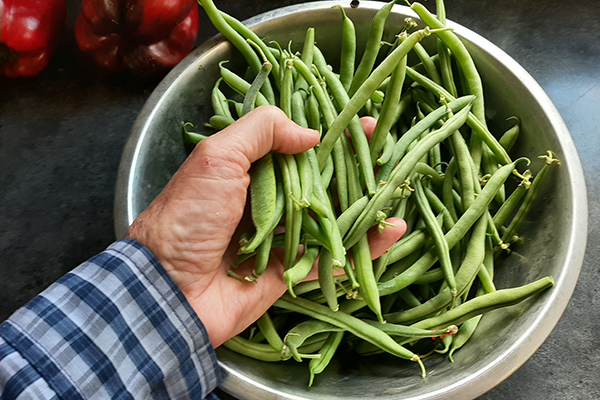 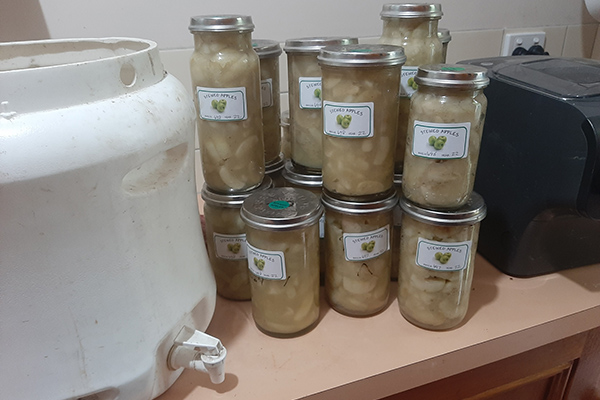 Stewed apples after being processed using the Fowlers preserving method.  So far I have processed over 30 Fowlers jars of stewed apples, which should be more than enough to get us through to the next season.