Effective Way To Kill Both Scale And Cherry Slugs 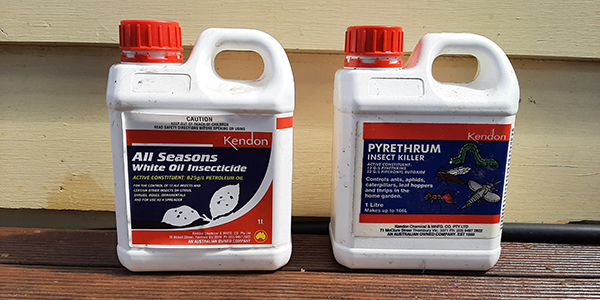 Scale on citrus trees is usually treated by spraying with white oil, while cherry slugs are controlled by dusting with lime in spring.  While both methods are effective, they have their drawbacks.  This page talks about a more effective alternative that can be used to kill both scale and cherry slugs.

Scale is an insect species that sucks plant juices with specialised mouthparts. Honeydew, a sweet, sticky liquid, is excreted as a by-product of their feeding. The honeydew drips onto leaves, twigs, and fruit, on which sooty mould establishes.  Although sooty mould does not directly damage plants, they can cause indirect damage by interfering with photosynthesis. This can stunt plant growth and coated leaves may also drop prematurely. There are many varieties of Scale.  Most are usually only mobile when young and remain stationary on the plant as adult insects.  While they feed on a wide range of plants citrus is particularly susceptible to them.

Scale has a symbiotic relationship with ants.  The honeydew scale secretes is harvested by ants, who in turn protect the scale from predators and will move juvenile scale from one tree to another.

TREATING SCALE WITH WHITE OIL
Scale is traditionally controlled by spraying with white oil.  It is an organic based mixture that works by smothering the scale.  While it is effective for dealing with the stationary adult scale it is not so good against mobile juvenile scale who can wriggle to the surface of the oil film.  Nor will it kill the ants protecting and perpetuating the scale.

TREATING SCALE WITH A WHITE OIL/PYRETHRUM COMBINATION
By combining white oil and pyrethrum you get a more effective treatment for scale.  The white oil kills the adult scale by smothering them while the pyrethrum poisons the juvenile scale and any ants on the tree at the time of the spraying.  I have found it to be more effective at controlling scale than just using white oil.

PREPARING THE WHITE OIL/PYRETHRUM MIXTURE
To prepare a mixture of while oil/pyrethrum fill a container with water then add the recommended dose of white oil concentrate for that amount of water.  Then add the recommended dose of pyrethrum concentrate to the same water.  Stir thoroughly than spray using  a pressure sprayer, making sure to cover the surfaces of all the leaves and stems.  Repeat a couple of weeks after the first spraying to ensure all the scale are dead.

Cherry slugs (sometimes know as pear slugs) are not slugs but the larva of the sawfly. They eat the leaves of cherry, pear, and plum trees, leaving behind a skeleton of veins. The larvae cover themselves in green slime, making themselves unpalatable to predators. When the larvae are fully grown, they drop off the tree on the ground and pupate underground. The adult sawfly emerges from the pupal case and climbs from the soil to mate and lays eggs on the leaves of the host plant.

TREATING CHERRY SLUGS WITH LIME.
Sherry slugs are usually controlled by dusting the leaves of infected trees with lime at the first sign of the slugs.  The alkali nature of lime burns the slugs.

While this method does kill cherry slugs it is not 100% effective as they will inevitably return the following spring.  And the lime is usually not applied until the slugs are sighted, by then they have already done some damage.  Lime is also used to raise the pH of soil, by regularly dusting a tree with lime there is a risk of raising the pH of the soil below to the point that it becomes detrimental to the tree’s health.

TREATING CHERRY SLUGS WITH A WHITE OIL/PYRETHRUM COMBINATION
Spray with a white oil/pyrethrum combination as soon as the new season’s leaves have fully formed but before there are any signs of cherry slugs.  I have found that spraying with this mixture is much more effective at killing cherry slugs than dusting with lime as it kills a higher percentage of cherry slugs at an earlier larval stage.  All without the risk of raising the pH of the soil through regularly dusting with lime.
Note that I am not sure whether it is just the pyrethrum that is actively killing the cherry slugs but is seems that the combination of white oil and pyrethrum has a longer-term protective effect.

About White oil and pyrethrum

WHITE OIL
White oil does not actually poison insects but covers them with an oily coating that makes it impossible for them to breath.  It is readily available in a pre-mixed form, but you can also make it yourself.  To make it add a cup of ordinary vegetable oil and 1/4 cup of dishwashing liquid to a container and shake vigorously to combine the two ingredients.  It is considered and organic spray, but I think that to be truly organic you would have to replace the dishwashing liquid with a natural soap mixture.

PYRETHUM
Pyrethrum is made from the pyrethrum daisy, and as such it is considered a natural organic pesticide.  However, it is still a broad-spectrum killer, meaning that it will kill all types of insects, including ones beneficial to your garden such as lady beetles and lacewings. 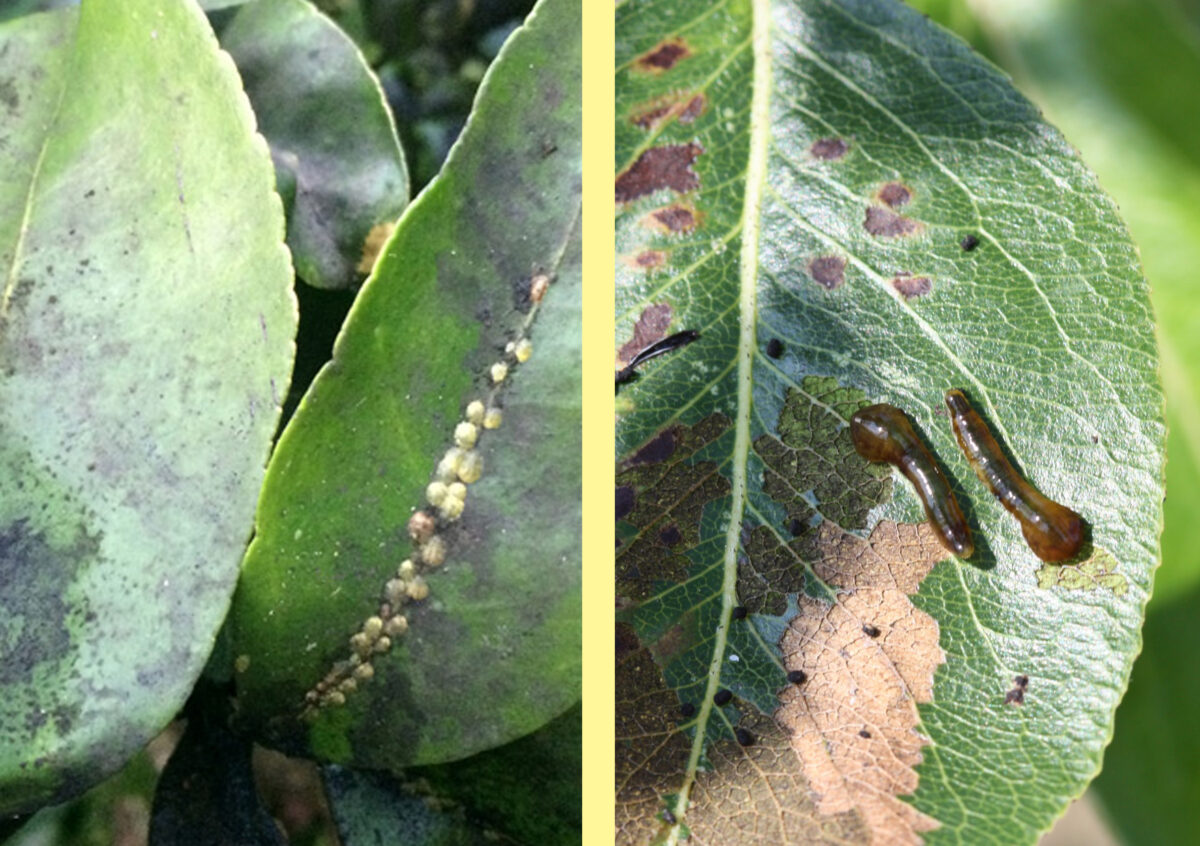 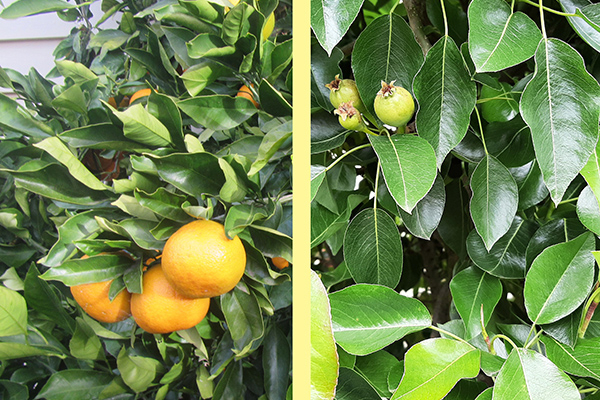 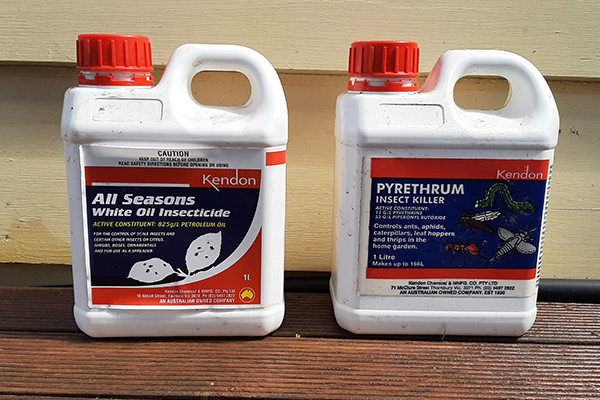