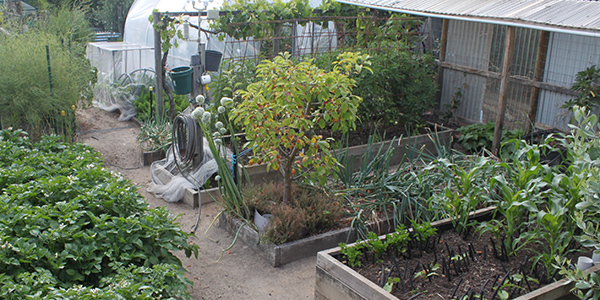 Season summary for my food garden in Ballarat (Victoria):  Summer 2020/21

The Bureau of Meteorology puts these cooler wetter conditions down to the La Nina effect (cooling of sea surface temperatures in the central/southern pacific ocean) which South Eastern Australia has been experiencing in recent months.

Despite the cooler weather it was the best summer vegetable growing season for many years.  Almost all vegetables produced good crops, even vegetables that do not normally do well when the weather is cool.  While some of my gardening friends complained that their tomatoes were not ripening mine produced ripe fruit from the last week in December and had a steady flow of tomatoes from then on in.

The two exceptions to this rosy report were my beetroot plants, (which produced small tubers) and zucchinis plants, which had spindly growth and a relatively small crop. I also had a little more powdery mildew on my cucurbits than usual (though that is not uncommon, especially as the season wanes).  There was a small outbreak of whitefly in the main greenhouse, but not enough to bother spraying.  I put the overall good vegetable crop down to the fact we had no heatwaves, extreme hot weather can knock vegetables back terribly.

The biggest disappointment was that I still had to partially switch to mains water to water my garden.  With the higher rainfall I was hoping to just use tank water, but while the rainfall was well above average it mostly fell in the last week of January.   February was bone dry, having to water throughout February all but exhausted my water tanks.

Fruit trees fared less well, which I put down to a late frost in spring which occurred just as a lot of my fruit trees were flowering, causing large numbers of the flowers to drop off.  My peach, apricot and one pear tree produced virtually no fruit and some of the apple trees had small crops.  Though my cherry trees produced a bumper crop.

Chart of what was produced in my food garden this Spring and how well it went.  Click HERE to see a .PDF of this harvest results chart.

Note that this is probably too specific to interest most gardeners, I produce it primarily as a record for myself.  Keeping a record of when things were planted and how they went is a useful garden management tool.

Some of the tomatoes I have been harvesting and bottling using the Fowlers Preserving Method.  I have had bigger tomato harvests in the past but considering how cool it has been this summer it has been a good year for tomatoes. 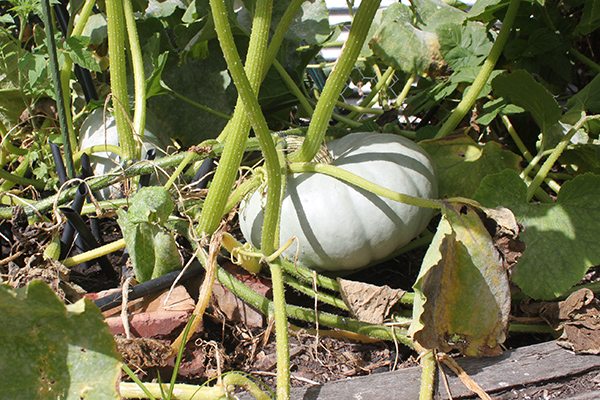 My main vegetable patch photographed on the first day of March.  The potato crop (left foreground) has already died back while the first of the Autumn brassicas (right foreground) are well established.