PREPARING AN ASPARAGUS BED FOR SPRING 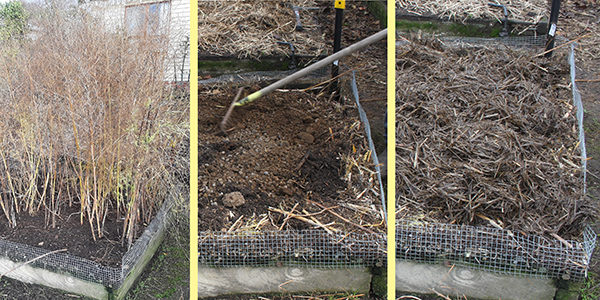 Mid-winter is the good time to prepare your asparagus bed for spring. Any earlier and the stalks would not have fully browned off (the process where nutrients are drawn back into the asparagus crowns), any later you run the risk of the first of the new season’s asparagus spears emerging before you have prepared the bed.  This is how I prepare my asparagus bed. 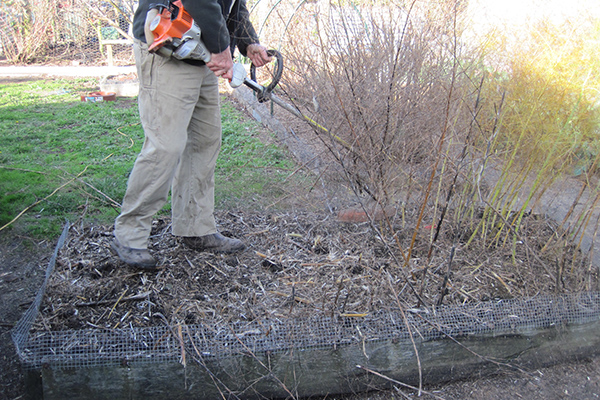 Cut last season’s stalks off at ground level. This can be done with hand sequiturs, but a quicker way to do it is with a brushcutter or an electric hedge trimmer.

Examples of cutting off the old asparagus stalks with a brushcutter and a cordless electric hedge trimmer.  These days I prefer to do the job with a hedge trimmer as it is quicker and less  messy.

2. WEED AND LOOSEN THE TOP SOIL 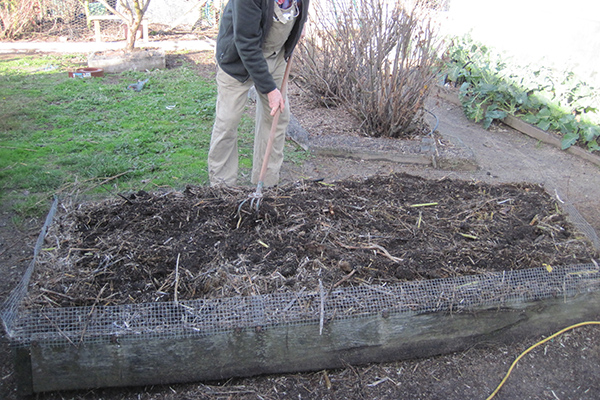 This can be done by hand or with a hoe.  Asparagus is shallow rooted, so If using a hoe then only use it to break up the soil on the surface. 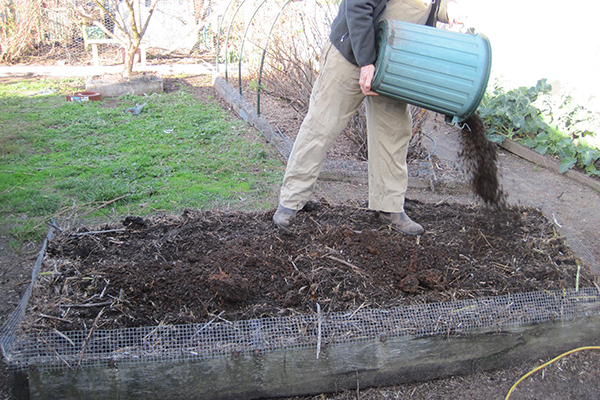 Cover with sheep or cow manure.  Well-rotted compost, blood and bone and a handful of rock dust (for essential minerals) can also be added.

4. COVER WITH A THICK LAYER OF MULCH 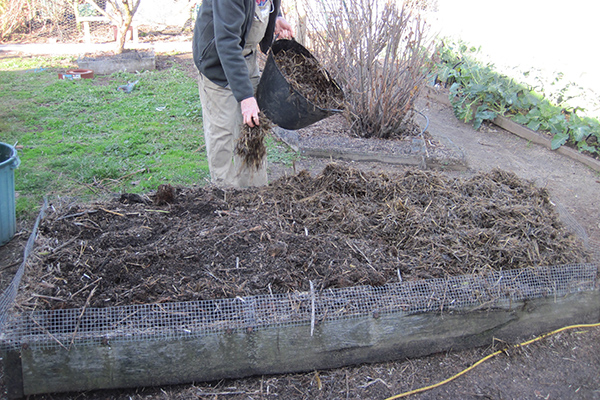 Cover with a thick layer of mulch.  I usually use rotted down straw and pea straw that has been processed via my deep litter chicken pen.  For more information see Deep Litter Chicken Pens. 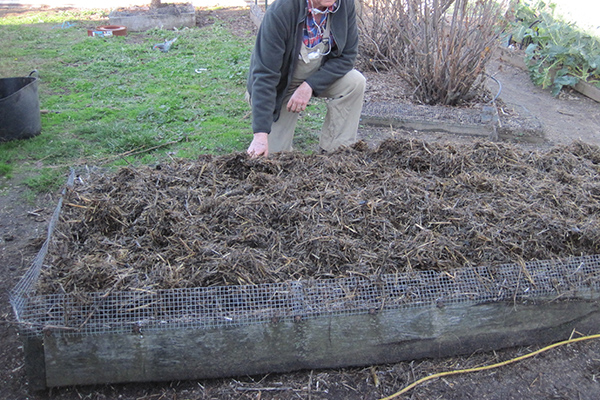 Note that I put a thick layer of mulch on because it will at least have partially rotted down by the time the asparagus begins to shoot in the spring.  The emerging asparagus shoots will still be able to push its way through the mulch, even if it is still relatively thick.

Notes about my method of preparing an asparagus bed

Note that this is not the conventional way of preparing an asparagus bed.  The most common way is to plant the asparagus on a slight mound and mulch either side, leaving the top of the mound bare.  My method of covering the entire bed with a thick layer of mulch has both advantages and disadvantages.

The main advantage is that by adding a thick layer of mulch I am maximising the amount of organic matter being put into the bed and reducing the number of sprouting weeds throughout the entire growing season.  The main disadvantage is that mulch acts as a blanket limiting the sun’s ray’s ability to warm up the soil.  The start of the asparagus season is triggered by rising soil temperatures.  Due to this layer of mulch my soil is slower to warm up than bare soil, which means that the start of my asparagus season is usually about a week behind nearby asparagus beds that are not covered with mulch.