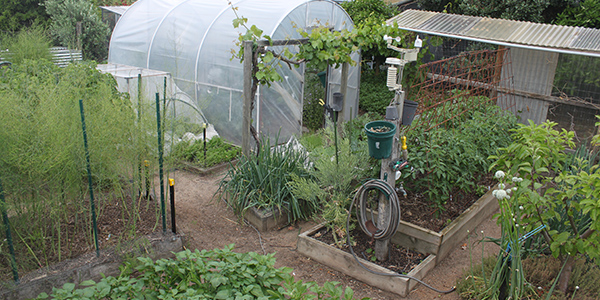 Season summary for my food garden in Ballarat (Victoria):  SPRING 2020

Ballarat’s spring weather was  erratic this year.  While the first two months had pretty well average maximum temperatures November was 2.8 deg. C above, which resulted in the overall spring temperature coming in at 1.2 Deg. C  above the long-term average.  But while September and October might have had average temperatures they were far from average as the daily temperatures throughout this period were either freezing cold or boiling hot, as was August.  The result being plant growth got going much early than usual.  I normally do not expect the grass to start growing vigorously until the middle of October but it was doing so way back at the start of September.

The last frost was recorded on 12th October, but it was a light one and the only frost recorded for the spring period.  There were no frosts in September, which is unusual for the Ballarat area.

As for rainfall, given that in is a La Niña year (weather pattern that brings higher than usual rainfall to Australia), it was no surprise that the average spring rainfall was 9% above above the long-term average.  The result being that will I go into summer my water tanks still having plenty of water in them.

For details of the Ballarat Spring weather stats see the chart below.

The bursts of heat in September and October and the overall above average temperature for spring meant that the veggie patch got off to a good start  with many vegetables being more advanced than normal for this time of year. There have been no disease major problems, though slater and earwig numbers have been up, causing some slight damage.

Fruit trees are doing well, though the October frost did knock all the budding pears on my corella pear tree,  which is a pity because it is a beautiful fresh eating pear.

For details of what has been planted and how they have faired this spring see the PDF chart below.

Chart of what was produced in my food garden this Spring and how well it went.  Click HERE to see a .PDF of this harvest results chart.

Note that this is probably too detailed and specific to interest most gardeners, I produce it primarily as a record for myself.  Keeping a record of when things were planted and how they went is a useful garden management tool. 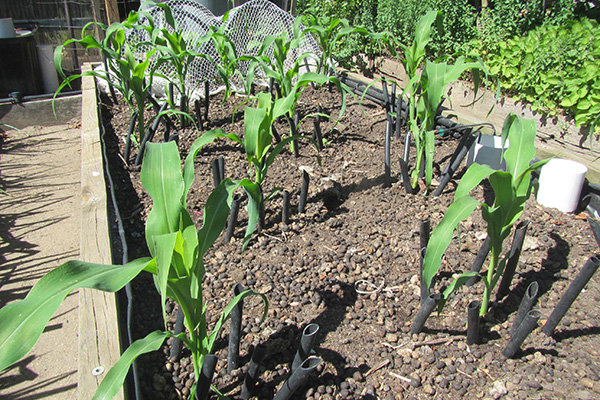 Young corn plants off to a good start this season.  I planted them as seedlings grown in single cell seedling trays.

The polypipe sticks around each plant are there to stop blackbirds scratching them up.  The sticks will be removed when the bed is mulched as by then the plants would have grown large enough not to be damaged by scratching birds.

In spring I always plant into bare soil.  Bare soil is warmer than soil covered by mulch, the warmer the soil the more vigorous the growth of heat loving vegetables such as corn.  This bed will be mulched in early summer to add organic material and reduce evaporation. 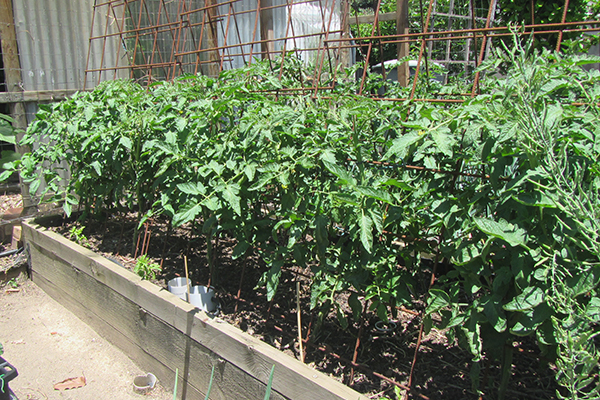 My tomatoes are doing well, though the companion planted basil is a little tattered.

The tomato plants are grown on an A frame trellis made out of steel mesh.  I find this easier than growing each plant on a single stake (the traditional way to grow tomatoes) as it involves less pruning and the shoots can be woven through the frame instead of having to tie them up 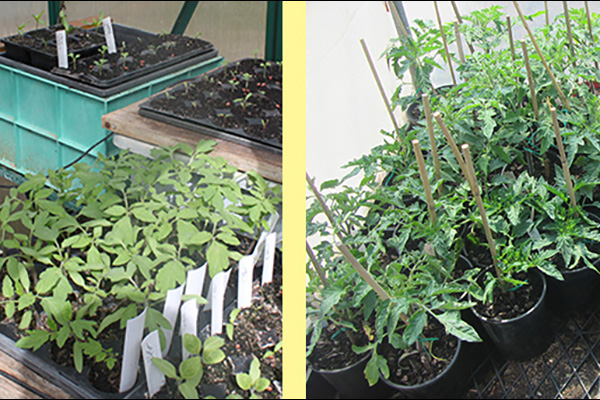 My process getting tomato plants going involves three stages.  Firstly, the seedlings (LEFT) are started in artificially heated single cell seedling trays, then they are potted up to 14cm pots in the greenhouse (RIGHT), before finally planting them out (PREVOUS PHOTO ABOVE THIS ONE). 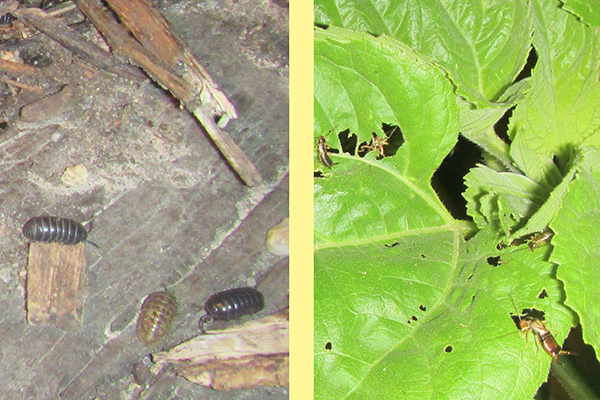 As well as more slugs and snails being about this spring due to the wetter conditions there have been larger numbers of slaters (LEFT) and earwigs (RIGHT), though any damage they have done has been relatively minor. 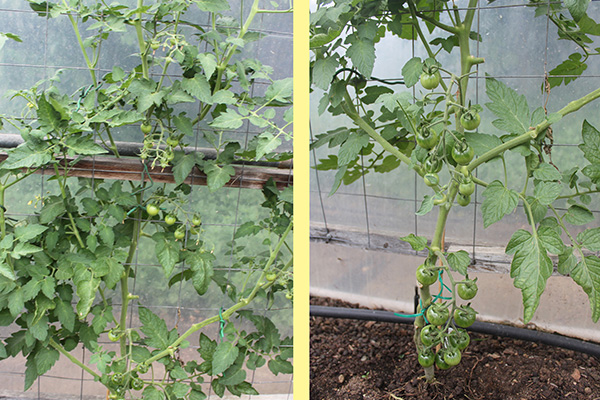 Cherry tomatoes in my main greenhouse, I should get my first ripe tomatoes off this plant by the middle of December.  Here in Ballarat it is difficult to get ripe tomatoes before Christmas, even in a greenhouse. 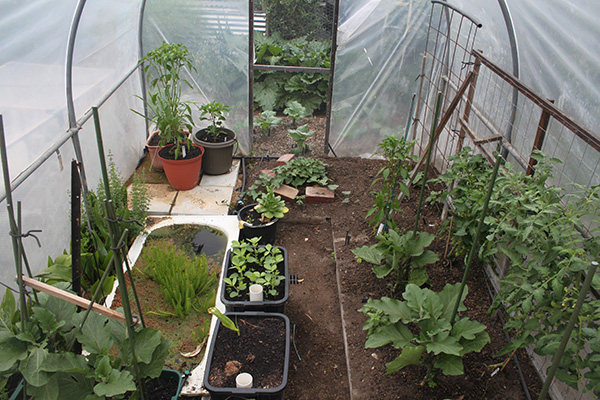 The main greenhouse in late spring. 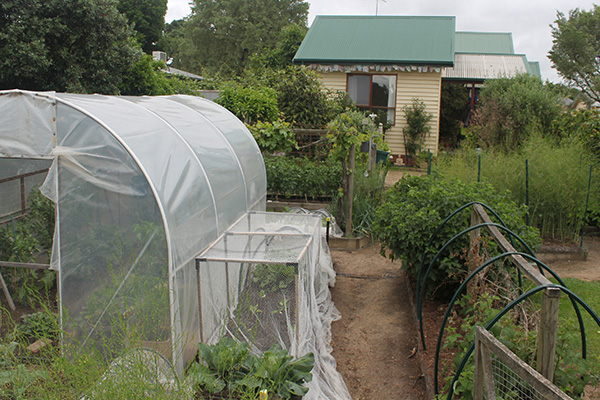 View of the main food garden area from the rear of the block in late spring.