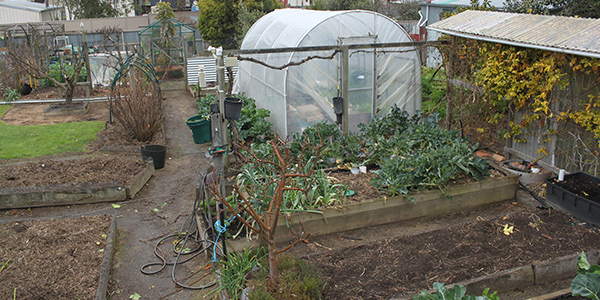 Season summary for my food garden in Ballarat (Victoria):  WINTER 2020

The official weather statistics as recorded by the Bureau of Meteorology’s Ballarat airport site.  Though I consider the Bureau’s August rainfall recordings to be suspect due to their rain gauge breaking during a very wet August Ballarat weekend.  Click HERE to see a higher resolution PDF of this weather chart.

So how did my food garden fair this winter?  Basically, it was a fairly good winter with no major problems and plenty of good quality vegetables to eat.  Broccoli, Romanesco broccoli and Cauliflowers did well, though the cabbages were poor due to me not planting enough.  The asparagus season got off to an early start this year, I began harvesting my first asparagus spears in the third week of August, normally the season does not get going until the first or second week of September.

The greenhouse produced good snow peas, rocket and the best lettuces for a number of years.

Egg production was down, though four eggs per day from six hens is still quite good, especially when you consider that my hens are over two years old.  Unfortunately I lost one hen in mid-August to an unknown illness.

For details of what was produced and how well my food garden did see the chart below.

Chart of what was produced in my food garden this winter and how well it went.  Click HERE to see a higher resolution PDF of this chart. 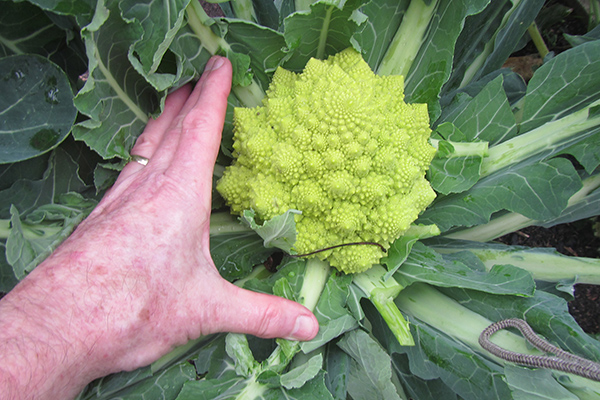 Romanesco broccoli.  It is sort of a cross between broccoli and cauliflower.  In terms of looks I consider it to be the queen of vegetables but unfortunately it does not produce many secondary shoots, so it is not as productive as standard broccoli. 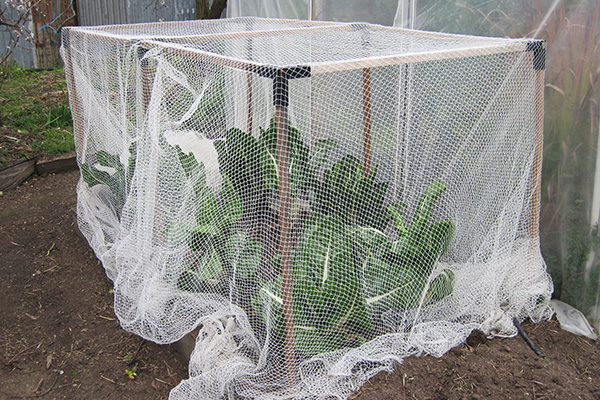 The relatively mild winter we had meant that I got a better crop of Silverbeet than normal.  Here in Ballarat Silverbeet leaf growth tends to slow to a crawl in winter. 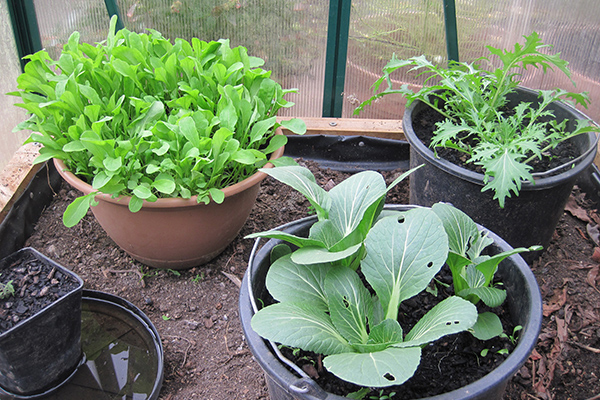 RIGHT: Pak Choi and Mizuna in Wet Pots.  LEFT: Rocket in a self-watering pot.  These days I grow almost all my rocket in pots, planting a new batch roughly every four weeks.  I do this because rocket tends to go bitter quite quickly, staggering the rocket plantings means I always have tender young rocket leaves on hand. 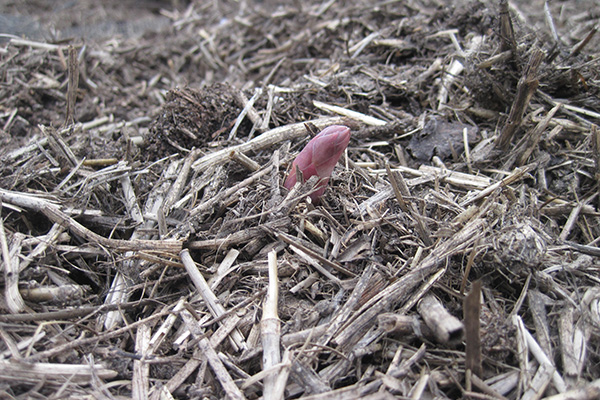 The start of the asparagus season was unusually early this year.  Normally I do not begin to harvest asparagus until the first or second week in September but this year I started a good fortnight earlier. 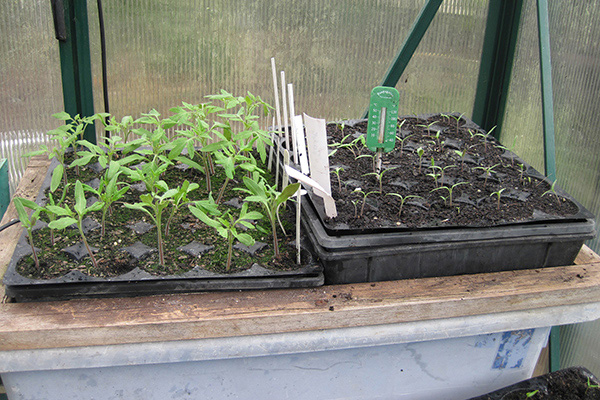 Tomato seedlings in a two seedling tray AQUARIUM HEATER PROPAGATION BOX, they have got off to a good start this season.