SEASONAL BLOG: Harvested the last of this season’s potato crop.

I harvested the last of this season’s potato crop today.  It was planted out last year on the 21st of October.  I planted two rows of Sebagos, three rows of Mayflower and one row of supermarket bought potatoes that were going to seed.

I began harvesting the crop in the third week of February, lifting a section of the bed about once a fortnight. The last of the potatoes were lifted today (11th June), though the harvest will not officially have ended until all these potatoes have been eaten in about ten days’ time.

Depending on how many potatoes I give away (usually some to family and friends) and how well the crop grew I can expect to be supplied with home grown potatoes for between three and a half and five months of the year.  This year it was four months.

After lifting the last of the potatoes I turned the bed over thoroughly and covered it with a thick layer of rotted straw mulch.  The bed will lie fallow until the middle of October.  The straw will then be turned in and manure added before planting next season’s potato crop.

I have been growing my potatoes in the same bed for a good twenty years now.  This is both an advantage and a disadvantage.  The advantage being that it is impossible to completely  remove all fragments of potato when harvesting, which means that some potatoes will inevitably sprout again, this can be a real nuisance if you have planted another crop in the bed.  By having a dedicated potato bed you avoid this problem. The disadvantage is that growing potatoes in the same spot each year increases the risk of disease.  Somewhere over the years I accidentally introduced Powdery scab into the soil, though it is more of a nuisance than a crop killer.  It creates small lesions on the skin, but these lesions are almost invisible and are easily removed by peeling the potatoes.  As the impact is only mild and to eradicate Powdery scab from the soil requires that potatoes be not grown there for at least ten years I simply put up with it. 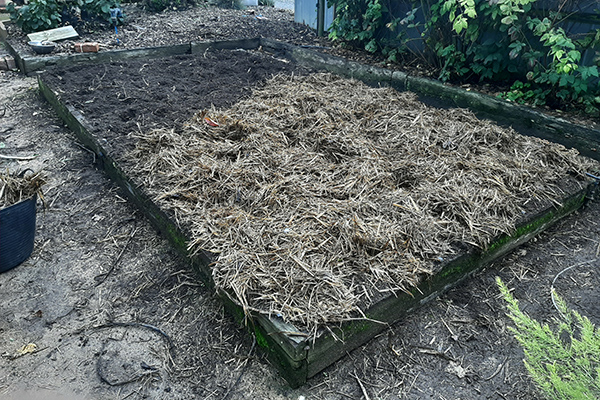 The bed being covered with straw mulch after it has been thoroughly turned in. 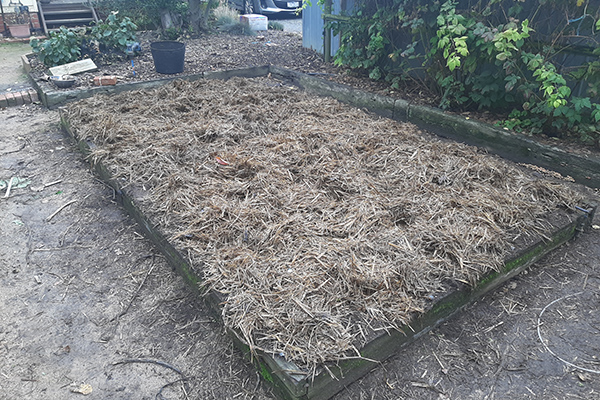 The bed after it has been covered with straw mulch. 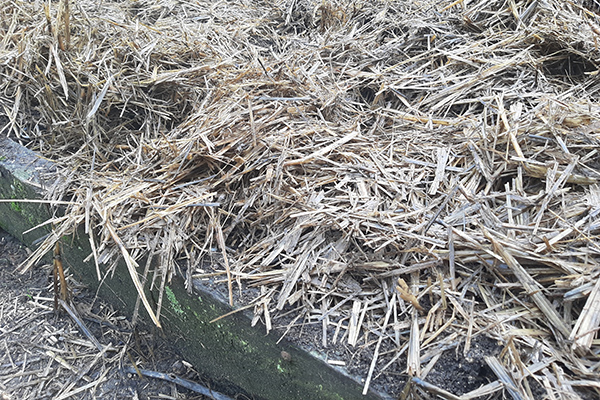 Closeup of the straw mulch, the layer is quite thick.

The last of this season’s potatoes.  The crop was fairly good this year.