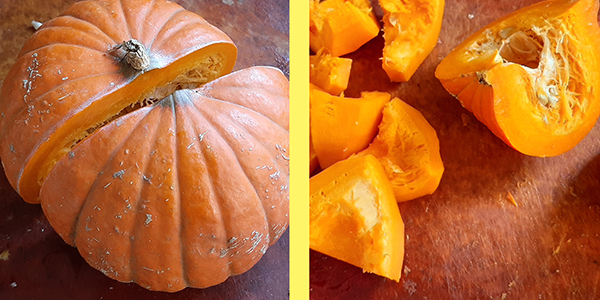 On Christmas Eve we ate the last of our Golden Nugget winter squashes.  Golden Nugget is not the best tasting of the pumpkin/squash varieties out there, and it does not produce much flesh for its size as the seed cavity is large.  But what it is good at is producing the earliest mature pumpkin/squash fruit and that those same fruit stores the longest of any I have tried.  In a typical season I usually get my first ripe Golden Nugget fruit by the end of January, and they usually hold in good condition to at least the start of December.  It means that when combined with other pumpkin and squash varieties that I grow I have home grown pumpkin/squash available for nine to ten months of the year. 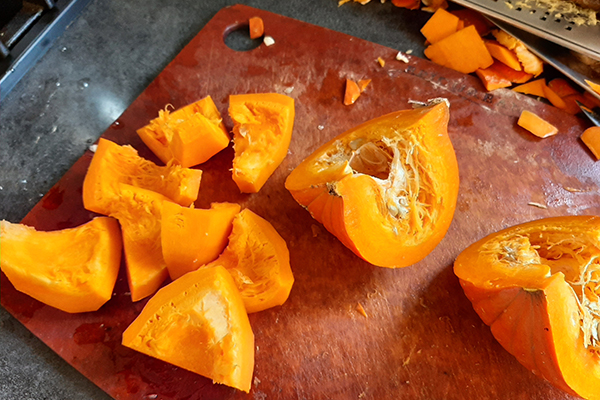 The last of the Golden Nugget crop being cut up on Christmas Eve.  The quality had deteriorated a bit but the fruit itself was still quite firm. 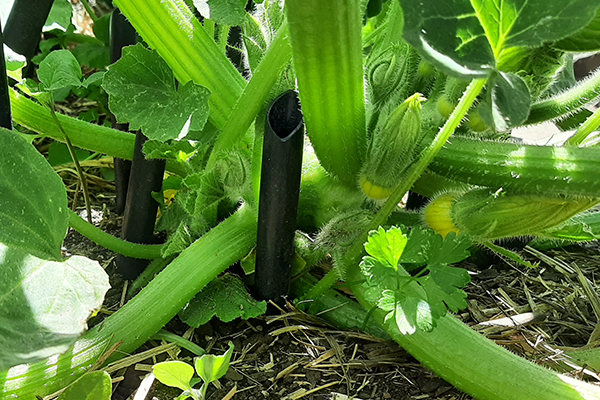 This season’s Golden Nugget fruit are just beginning to form.  I expect that we will get mature fruit around the middle of February.  This is a little later than usual, which I put down to the colder than average spring weather. 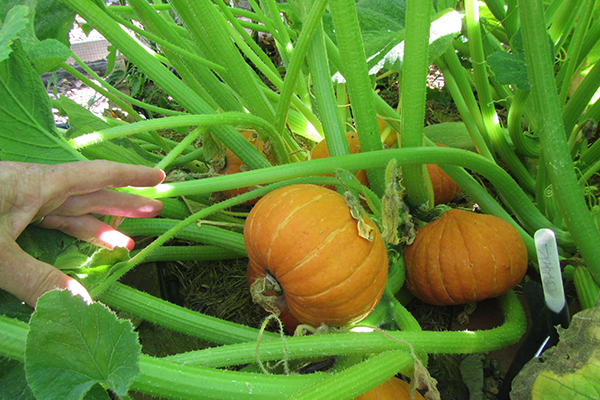 A Golden Nugget plant that I grew back in 2018.